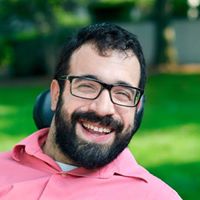 Matan A. Koch’s lifelong history of disability advocacy began at age four with a presentation to several hundred young people, continued with a term as the president of Yale University’s student disabilities community, and reached its most recent high point with his appointment by President Barack Obama to the National Council on Disability, for a term which concluded in 2014.

Shabbat morning D’var Torah – “A Conversation on Universal Inclusion” with Matan Koch. What does it mean to be inclusive? Why do we include? Who do we include? How do we include?  We will hear some thoughts on these questions from Inclusion Consultant Matan Koch, and then explore together the next steps of an inclusion journey at Agudas Achim. 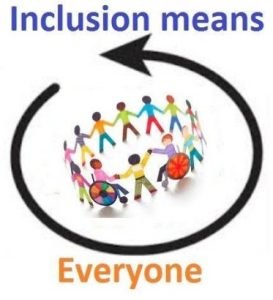 Shabbat afternoon Woodchoppers Talmud Study (6:00 pm) – “The Jewish Roots of
Inclusion: Were the Talmudic Rabbis Inclusive?”  We often think of the idea of including those who are different as modern, a humanist interpretation overlaying our ancient
radition. In this study, we challenge that assumption, exploring a famous Rabbinic exchange which gives us precious insight into the way our sages thought about inclusion, and helps us explore the sometimes artificial distinction between “Jewish” and “Modern”.

Made possible by funding from the Rabbi Kalman London Scholar in Residence Fund of the
Columbus Jewish Foundation.